I first met Vince when we were both Letter Carriers. Vince from his beloved Staten Island and me the Lifetime Brooklyn Dodger, Yankee Hating Brooklynite. At this time, I was President of the Christopher Columbus Association of The Brooklyn Post Office. This was the 1970?s when it was a much kinder and gentler Post Office and the words respect and dignity were actually something we believed in and actually DID!

Time moves quickly and we both become delivery supervisors. Vince becomes “The Legend of Rosebank”, for he had a gift of leadership. His men and women would follow him, working and playing and getting the job done! His first female carrier who I met years ago, asked me if I really knew Mr. Palladino and she was ecstatic when I told her yes, we were good friends. She was very anxious to meet him again and the next time he was on “The Island”, I arranged a surprise visit. Thanks to Vince and his caring ways, this lady was able to work her way through Dental School as a Letter Carrier and became a Dentist. 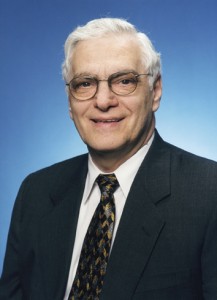 Our paths continued to cross over the years with both of us making Manager and Vince starting his road to the NAPS National Executive Board. As my children grew older, there was more time for NAPS and I became Brooklyn NAPS Branch 68 President. This is when the real fun began with Palladino. To this day, I can not recall a single conversation that did not begin and end with NAPS and the Post Office. He was always incredulous over the poor treatment of Postal Supervisors and was continuously trying to improve working conditions. His famous story of the “Lady and The Tiger” is a personal favorite. Vince told me that it is USPS Headquarters that determined which Palladino they would deal with, The Lady by communicating in a gentlemanly fashion, reasoning together for the good of all! The “Tiger” unsheathed his claws when the threats and the screaming started. Most of the time, “The Lady” prevailed.

It was 1992/1993, that he faced the real test, “Runyons’ RIF”. Panic, anxiety & pain rushed through the entire EAS workforce. Vince joked about thanking Rubin for passing the baton of leadership to him BUT it was no joke. People’s jobs were in jeopardy and something had to be done. The results are well known with upgrades, promotions, transfers and saved grade. Palladino achieved what few thought were possible, a VICTORY that enhanced the working lives of all EAS.

Vince for years wanted me to move up in the organization and finally I agreed to become New York Area Vice-President . Roma, he said you must hit the ground running. There is no OJT, too much to do, we must come up with better ways for the membership to be compensated. WE must convince the Postal Service that we need to be partners in order for USPS to succeed for ALL of us! “We must get on the train or risk being run over by it”. This early mentoring led me to the halls of Postal Service Headquarters and my ability to be on the team. Not the enemy but someone who recognized that the common goal of USPS and NAPS is mutual respect and dignity. With Vince as our leader, this was the reputation we enjoyed with The Postal Service.

This year, 2009 marks the fifth anniversary of Vince in Heaven. I miss my friend and mentor but I know that he is listening to me with my prayers.

God Bless you Vince and Thanks for all you have done for us and The Postal Service.