June 7, 2012
Supporter,
While not everyone is affected by the majority of Federal government programs, there is one service that our Federal government provides that each of us receives nearly every day: The United States Postal Service. As your congressman, I have made it a priority to ensure that the people of Brooklyn and Staten Island receive the best service possible, including opposing the closure of the Manor Road Facility. 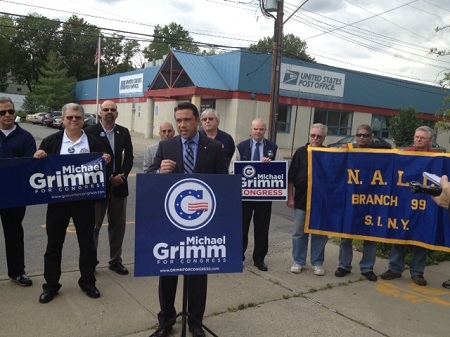 It’s because I have worked so hard to ensure quality postal service that I am excited to receive the endorsements of New York State Association of Letter Carriers (NYSALC), National Postal Mail Handlers Union (NPMHU), and the National Rural Letter Carriers’ Association (NRLCA). I am proud that they have chosen to support me in this election. I’m very proud of what Paul Hogrogian, President Local 300 Mail Handlers Union, had to say:

To see the pictures of me spending a day “on the job” with the Staten Island USPS, check out my Facebook page. Would you consider joining our team?